Home /
Guides /
Guideline for newbie: the power of a Hero

Guideline for newbie: the power of a Hero

Greeting my captain,
What is the power of a Hero? To answer this question, first of all, Captains should deeply understand the base stats that make a hero strong as below: 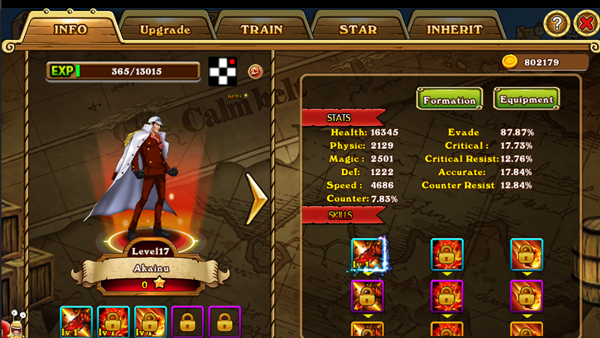 The better the quality is, the higher stats this hero has. In this game, Hero will be divided into Low-to-High order: PURPLE > RED > BLACK. However, it is not always that the higher quality is better than the lower. Captain can use your strategic mind to training, upgrading ... to make a lower quality hero much stronger!

2. Base stats: A hero has 11 basic indicators ( including 6 major indicators and 5 secondary indicators).

- Health: the vitality of a hero in battle.

- Physic: Damage caused by physical attacks (such as punches, swords ..)

- Magic: Damage caused by magical attacks or bullets, the hero that damaged by magic maybe influence many bad effects.

- Def (Defend): The ability to withstand damage from the opponent. In battle, the higher defend hero has, the less Health he loss.

- Speed: Decide the order of hero's turn in battle.

Hope you have a great journey. Set sail and claim your Victory, my dear.

The levels of the star are related to the plus base stats, and there is the extra potency to transform into strength.

The general stats of a hero. It includes all the stats and demonstrates the strength of a hero.

In general, there are several ways to make your hero much stronger and powerful. Once you understand all the stats of a hero, you should choose "one way" to your hero in many other ways.